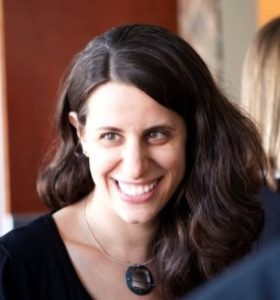 On February 18 the Centers for Disease Control and Prevention’s National Center for Health Statistics released estimates that decreased life expectancy for Americans, and the drop was larger, depending on race and ethnicity.  Michal Engelman, Associate Professor of Sociology, was interviewed for a news story on Wisconsin Public Radio and stated this data from the CDC  “erases gains the U.S. has been making in closing the gap between racial and ethnic groups.”   There has long been higher life expectancy for Hispanics, but the pandemic is starting to change that.  “People have tried to explain it in various ways such as an immigrant health advantage and strong social circles, for whatever reason Hispanics had a mortality advantage,” continued Engelman. “They still do, but the disproportionate mortality has chipped away at that advantage.”

In another news story in USA Today on how the pandemic is impacting Black and Latino communities, Engelman commented “While the life expectancy gap between Black, Latino and white populations were narrowing before the pandemic, overall life expectancy was steadily declining because of a variety of public health issues.”

Life expectancy in the U.S. decreased from 2014 to 2017 by .3 years and slightly increased 2018 through 2019 by .2 years, according to CDC data. Instead of improving on those modest gains in 2020, Engelman said, the nation saw a backslide because of the pandemic.  “This has been an issue of concern for a while, that we weren’t making progress and we were sliding a little bit backwards,” she said. “After a couple of years of worrisome declines, we dropped as a country a whole year just in the first half of 2020.”

Engelman is the Director of the Wisconsin Longitudinal Study and the Associate Director for Training for the Center for Demography of Health and Aging. She is a demographer and gerontologist.