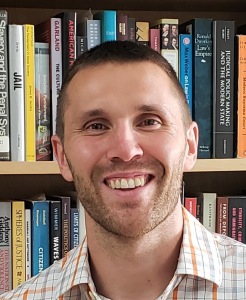 Light’s work focuses on the legal and criminological consequences of international migration, the relationship between racial/ethnic stratification and crime, and the health consequences of major social and demographic shifts. Current projects in these areas examine the punishment of non-U.S. citizens before and after 9/11 as well as the relationship between undocumented immigration and violent crime.

Center for Demography and Ecology
Center for German and European Studies
Center for Law, Society & Justice
Chican@ and Latin@ Studies

Light, Michael T. and Joey Marshall. 2018. “On the Weak Mortality Returns of the Prison Boom: Comparing Infant Mortality and Homicide in the Incarceration Ledger.” Journal of Health and Social Behavior 59: 3-19.

Light, Michael T. 2017. “Punishing the ‘Others’: Citizenship and State Social Control in the United States and Germany.” European Journal of Sociology 58: 33-71.