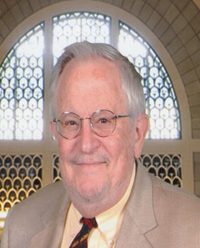 Robert M. Hauser is Executive Officer of the American Philosophical Society and Vilas Research Professor and Samuel Stouffer Professor of Sociology, Emeritus, at the University of Wisconsin-Madison. He co-directed the 1973 Occupational Changes in a Generation study, which was the last, large-scale survey of intergenerational social mobility in the United States. He has been an investigator on the Wisconsin Longitudinal Study (WLS) since 1969 and led the study from 1980 to 2010. The WLS, which began as a study of post-secondary education, has followed the lives of more than 10,000 Wisconsin High School graduates of 1957 for well over half a century and is now a national resource for research on health and retirement. While at the UW-Madison, he directed the Center for Demography of Health and Aging, the Institute for Research on Poverty, and the Center for Demography and Ecology. Hauser’s research interests include statistical methodology, trends in educational progression and achievement, the uses of educational assessment as a policy tool, and changes in socioeconomic standing, cognition, health, and well-being across the life course. Recent publications include reports of the National Research Council and journal publications about grade retention, educational expectations, social mobility, obesity, cognitive functioning, end-of-life planning, mortality, and genetic effects (and non-effects) on health and cognitive functioning.

Hauser, Robert M., and Alberto Palloni. “Adolescent IQ and Survival in the Wisconsin Longitudinal Study.” The Journals of Gerontology Series B: Psychological Sciences and Social Sciences 66, no. suppl 1 (2011): i91-i101.