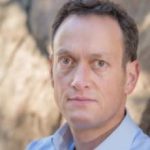 Grunewald’s research focuses on legal and interdisciplinary aspects of wrongful convictions. From a legal perspective Grunewald studies how questions of factual truth and justice are addressed in criminal procedure, and from a literary perspective he looks at the role of storytelling in the legal discourse. He currently works on a book project with the preliminary title “The Guilt Paradigm.” The book will provide a comparative and interdisciplinary analysis of wrongful convictions and what they tell us about the construction of legal responsibility.

Grunewald, Ralph. 2013. “The Narrative of Innocence, or: Lost Stories”, Law and Literature.

Grunewald, Ralph. 2003. The De-Individualization of the Principle of Education in the Juvenile Court Act. Berlin: Duncker & Humblot.