Position title: Member, Board of Visitors, Since 2022 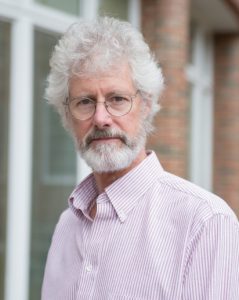 John is the Class of 1925 Professor Emeritus in the Sociology Department at Dartmouth College where he taught for twenty-five years. He has also held faculty positions at the Copenhagen Business School, Harvard University, the University of Wisconsin, and Washington State University. Before that he was a factory worker, mosquito exterminator, bartender, and social worker.

As a sociology PhD student in Madison, John became fascinated with institutions, how they change, and how they influence politics, public policy, and economic performance. This influenced his research and teaching ever since—much of it involving cross-national comparisons. His interest in institution building also proved useful in his administrative work as Department Chair for ten years expanding Dartmouth’s sociology department and helping Danish colleagues establish the Copenhagen Business School’s Department of Business and Politics.

John continues to do research, including a new book, Institutions Under Siege: Donald Trump’s Attack on the Deep State (Cambridge University Press, 2023). He is a member of the board of trustees of the Lyme Foundation, a local philanthropic organization in New Hampshire where he lives with his wife, Kathy, whom he met one warm summer day on the Memorial Union terrace in Madison.