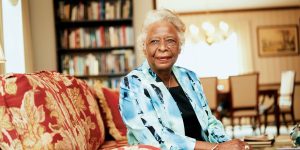 Cora Marrett received her Ph.D. in Sociology at UW-Madison in 1968 and later became a professor in the Departments of Sociology and Afro-American Studies. Marrett has had a varied career in both academia and public service.

This story appeared in the spring 2022 Letters & Science magazine, written by Aaron Conklin.