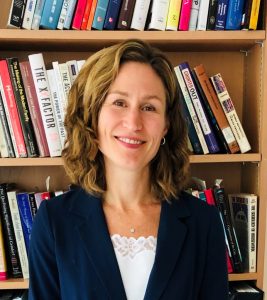 Research by Christine Schwartz, Professor of Sociology, and her colleagues analyzed trends over the last 50 years in assortative mating, which is the tendency of people to marry those with similar jobs. They found that this tendency has stayed the same over time, while the availability of spouses with similar jobs – including a large increase in professional women – has changed. Income inequality between households increased significantly during that period. While professional couples have been increasing, this is not the cause of the increasing inequality, however. Using census data, they found that income gaps between people in similar jobs and between different kinds of jobs explains much of the increased household income inequality.

“For men, the changes in woman’s occupational structures mean their wives have higher occupational earnings today, but for women that’s not true. The average occupational earnings for the husbands of these women have declined” says Schwartz. More analysis is available in an article that Schwartz published in the journal Social Science Research in August, “Opportunity and change in occupational assortative mating”.