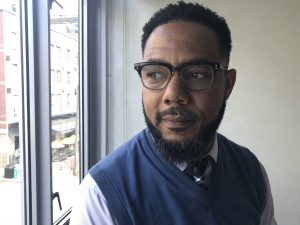 I use multi-method, multi-level approaches in empirical investigations ranging from imprisonment, prisoner reentry, murder, healthcare access, and health disparities across the rural-urban interface. My research interest challenges existing models and develops new theories of community, health, race, punishment, and rural/urban processes in several ways. First, by tracing the emergence of the rural ghetto I establish a new conceptual model of rural neighborhoods. Next, by demonstrating the function of the ghetto in rural communities I extend concentrated disadvantage from urban to rural community process. These relationships are explored in my book, Big House on the Prairie: Rise of the Rural Ghetto and Prison Proliferation, in print at the University of Chicago Press. In my most recent project I collaborate with the National Immigrant Justice Center to investigate health outcomes in immigrant detention centers.

Community and Environmental Sociology
Center for Demography and Ecology
Center for Law, Society & Justice
Department of Afro-American Studies
Institute for Research on Poverty

Eason, John M., Danielle Zucker, and Christopher Wildeman. 2017. “Mass imprisonment across the rural-urban interface”, The Annals of the American Academy of Political and Social Science 672(1): 202-216.

Eason, John M. 2017. “Prisons as Panacea or Pariah?: The Countervailing Consequences of the Prison Boom on the Political Economy of Rural Towns.” Social Sciences 6(1): 7.